Soudip has co-authored 5 US patents and 12+ international peer-reviewed journals and publications. He is a member of Forbes Technology Council, technical advisor for DevNetwork, San Francisco, and has held academic positions in the University of Paris Sud and IITKGP.

Soudip has a keen interest in using AI for good. He believes in building AI products to solve complex real-life problems (e.g., climate change) by changing priorities for people and processes. He is currently building Eugenie, an enterprise AI-SaaS platform for operational intelligence. Soudip has a Ph.D. in recommender systems and machine learning from the University of Trento, Italy.​ Four steps to create great experiences for both tech-savvy and traditional insurance customers. 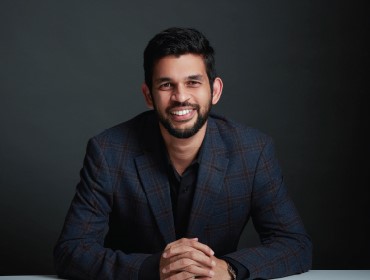 Srikanth Velamakanni is the Co-founder, Group Chief Executive, and Executive Vice Chairman of Fractal, one of the leading players in artificial intelligence and digital transformation. Fractal’s mission is to power every human decision in the enterprise and to use the power of AI to help the world’s most admired Fortune 100 companies. Since Srikanth co-founded Fractal in 2000, the company has raised more than $300 million USD from private equity investors and has empowered more than 100 Fortune 500 companies with its AI, data, and analytics-driven business strategies. Under his leadership, Fractal has developed several product lines within the company, including Cuddle.ai, Eugenie.ai, and Qure.ai. Srikanth serves on the board of Qure.ai – which has recently received 16MM USD in funding less than three years after incubation.

Srikanth is also a Co-founder and Trustee of Plaksha University, which focuses on core engineering, AIML, and mathematics, and promotes interdisciplinary learning by bringing together science and liberal arts. In addition, Srikanth is a member of the NASSCOM Executive Council, where he serves as a subject matter expert on data and AI. Prior to co-founding Fractal, he was an investment banker, working on structured debt and CDOs.

Srikanth’s passion for AI and analytics has made him a thought leader in the space and an admired public speaker. He considers himself a lifelong student of mathematics, behavioral economics, neuroscience, and consumer behavior. In his free time, Srikanth reads an average of 40 non-fiction books a year on these subjects, as well as memoirs, biographies, and books on leadership. He also actively follows US politics and American late-night talk shows, such as Stephen Colbert, Trevor Noah, Hassan Minhaj, and Jimmy Kimmel. Sumit is a Client Partner and leader in Technology, Media & Entertainment practices. Based in London, he is responsible for driving customer success for Fortune 500 clients in the US, UK, and Europe. He leads consulting, solution development using AI, Engineering & Design, P&L management, and practice development. He has over 14 years of experience in analytics and in the early part of his career he also partnered with Financial Services and FinTech companies.

Sumit has been associated with Fractal since 2007 and has expertise in influencing business outcomes of varied nature including Customer experience, Revenue uplift, Cost reduction and Operational efficiencies, delivering 50+ programs on legacy and cloud platforms. He is passionate about developing problem-solving approaches based on first principles thinking and converting ambiguous canvas into structured roadmaps. He has appreciation towards creating reusable solutions and had co-created an AutoML platform, brAIn.ai, for driving acceleration and standardization in modelling workflows.

Sumit has co-authored whitepapers, one of which got featured in The Economist: Transforming the content supply chain through AI-driven forecasting of linear viewership and optimization of linear schedules, Enhancing customer experience by bringing together AI, Engineering & Design, Implications of COVID-19 on cable tv & streaming business and Orchestrating enterprise-wide recovery from COVID-19. Suneet is a Client Partner in APAC Practice, leading our partnership with a HealthTech and Consumer Goods major. He has over 18 years of experience in account management, management consulting, and decision sciences consulting across the US, Japan, APAC, and Europe.

Suneet has consulted clients in the TMT and retail sectors and driven multi-million dollar per annum gains from digitalization in customer-facing and operations functions. In TMT, he consulted semiconductors manufacturing, strategy, and related Private Equity due diligences, influencing $1-3 billion investments.

Before Fractal, he has worked with McKinsey and Co., REC, and Mu Sigma. He is keen on making analytics and data science consumable, by bridging the analytics-business value chains with problem structuring, design thinking, experimentation, and cross-functional collaboration. Suraj comes with extensive experience in the areas of AI and engineering and has incubated several innovative capabilities, delivering value with the use of cutting-edge AI and engineering. He also has the experience of deploying production-grade big data systems at government/secure facilities for Palantir technologies. He further has the experience of building AI systems for cancer research for Celera Genomics, Mayo clinic, Correlogic systems, and others. 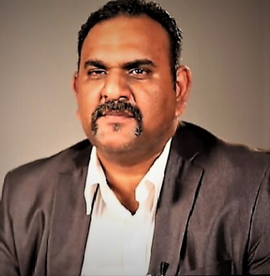 Vijay is the head of AWS practice and a retail tech leader. He has over 21 years of experience leading technology teams across cloud engineering, SaaS operations, and product development. He comes with deep technical expertise in cloud technologies in AWS, specifically in building petabyte-scale, high-performance modern data platforms, such as hybrid warehouses, data lakes, CDPs, and AI, NLP, and real-time decision systems. He has extensive experience working in the technology space within the retail domain, across customer experience platforms, CMPs, merchandising, and vendor and supply chain management.

Previously, Vijay has worked at Manthan (Algonomy) and in Red Prairie (Now Blue Yonder). He has a keen interest in harnessing the power of cloud technologies to drive AI, engineering, and design basis data engineering and AI solutions that deliver impactful and sustainable business outcomes for clients. He has done his Bachelor of Engineering in Information Science and Technology from Bengaluru University. Vikram is a Client Partner and heads global partnerships and alliances, with a focus on AWS Cloud, NielsenIQ, and Databricks partnerships.

He comes with over 15 years of experience spanning roles in CPG consulting, account management, and building global partnerships and strategy. He specializes in scaling strategic client relationships, signing multi-million/multi-year MSAs by building trust, and delivering business impact. He has a proven record of leading CPG clients across North America, Latin America, Europe, and APAC.

Vikram has a keen interest in using analytics and artificial intelligence to solve complex business problems and analyze structured and unstructured data assets. He has a bachelor’s degree in commerce from Banaras Hindu University, Varanasi, and a Master’s in Business Administration (International Business) from K.J. Somaiya, Mumbai.​ Yash is a Chief Technology Officer and leader, working closely with clients in the APAC region, providing technical leadership and oversight for cloud and data engineering projects.

He has played the CTO role for a multi-cloud data offering and was responsible for features, use cases, architecture, and development roadmap. He has also led the analytics practice for a large global enterprise and was responsible for business strategy, GTM, sales, revenue, P&L, people, delivery, solutions, consulting, and customer and vendor relationships. Before Fractal, Yash has led multiple large engagements in IBM, Mphasis, Wipro, and Ramco Systems.

Yash is passionate about combining the power of AI, cloud, and data engineering to improve customer experience and solve clients’ toughest business challenges. He has completed his BE in electronics and communication engineering from BIT, Mesra.